10 Cool Facts You May Not Know About Asphalt 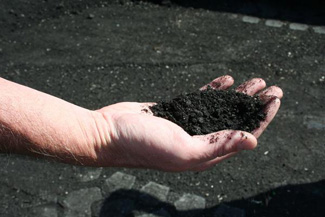 Road construction season may seem more like a nuisance than a necessity. Commuters often take for granted
what a valuable resource asphalt is for our roadways, economy and environment. In fact, asphalt is one of the most crucial materials available in our country with more than 93% of highways and roads being paved. Another positive aspect of asphalt is that it is highly recyclable and poses little to no negative effect on our air quality and surroundings. Here are 10 more cool facts you may not know about asphalt:

Asphalt has made a prominent societal, economical and environmental impact on both ancient and modern civilization. It’s cost efficiency, reduction in noise pollution, improved safety and comfort, durability and recyclability make it a key factor in continued socio-economic growth. New technologies and applications make this material not only one of the past, but a vital element of our future.